Research in Design: From the Chair to the Montreux Jazz Heritage Lab

The EPFL+ECAL Lab at the École polytechnique fédérale de Lausanne presented the Montreux Jazz Heritage Lab to the press on July 4, 2016. This installation incarnates a new approach to research in design. An activity connected to the use of new, emerging technologies and new societal concerns. 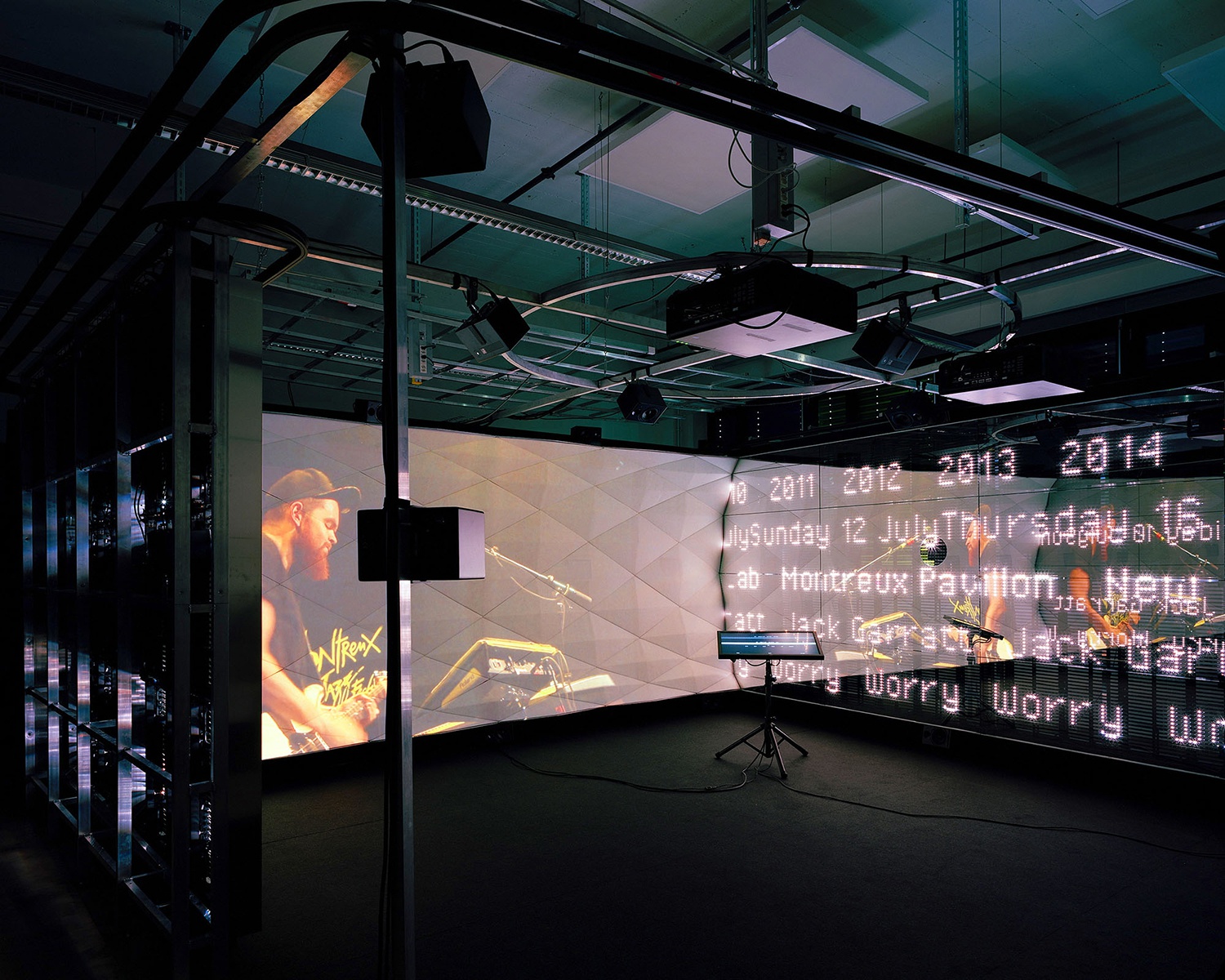 In April, Milan hosts a world-renowned event in the world of design. In this atmosphere dominated by pieces of furniture signed by the field’s stars, I started my conference with a scientific observation. “In the elderly, the mortality rate associated with a lack of social connection is equivalent to that caused by alcohol or cigarettes!”1. And I continued with the question, “Would you rather design a new chair so they can stay comfortably at home, or would you rather contribute to social connections?” The current challenge in European design is an alteration in its quest: going beyond the signature of iconic objects to reply to two challenges: address new societal issues and transform emerging technologies into convincing experiences for users. 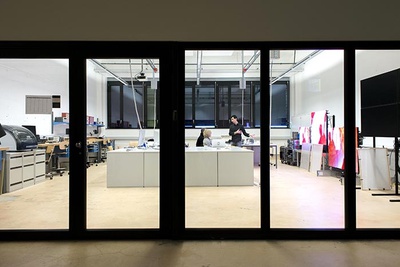 These two challenges represent the foundation of the EPFL+ECAL Lab2. This unit at the École polytechnique fédérale de Lausanne is located outside the campus, in ECAL, one of the top schools for design. The relationship between design and engineering isn’t new: Bauhaus used manufacturing techniques in the beginning of the 20th century, Jacques Viénot and Roger Tallon redefined this relationship 40 years later, MIT Media Lab marked history from the beginning the 1980s—even if it was born 10 years after IRCAM—something often forgotten by designers.

What does the EPFL+ECAL Lab offer that is so particular? Firstly, it focuses on the practice of design. When it works on augmented reality, for example, the algorithms that come from the laboratory are a vision from the computer that contain the culture, the critical mass, and the environment to become a leader on a technological level. The mission of the engineers at EPFL+ECAL Lab is to detect emerging technologies, make them accessible to designers, and create prototypes. The second particularity of the Lab resides in its capacity to simultaneously generate concrete propositions with prototypes and knowledge through conferences, publications, and expositions. For augmented reality, the result is 15 installations, but also fundamental principles for the creation of installations and content. With a key objective: that the public perceives the contents, the meaning, an expression rather than a technical demonstration. It is necessary, from this point on, to understand this perception. The projects associate this effect with skills in psychology to determine pertinent observations from users and how to create them.

The third particularity consists of including the proposition in the user’s cultural and social context, giving it meaning it their daily lives. This work doesn’t rely on a visual trick but on the understanding of the challenges, an effort of immersion in a specific context, a sensitivity that contributes to creating the solution. For this, EPFL+ECAL Lab works with the Helen Hamlyn Center at the Royal College of Art in London, famous for its anthropological and inclusive approach to design. They contributed, for example, to redefining the design of London’s ambulances and taxis. And not to signing their seats!

Finally, the laboratory endeavors to take different levels of perception into account: from the landscape of feelings that are created in our brains during the first weeks of our lives to the world of stories that develops over several years. The adult, who communicates with words, sometimes forgets this first world of feelings, where the senses seem to form a whole, a continuity. But this world of feelings remains in us. 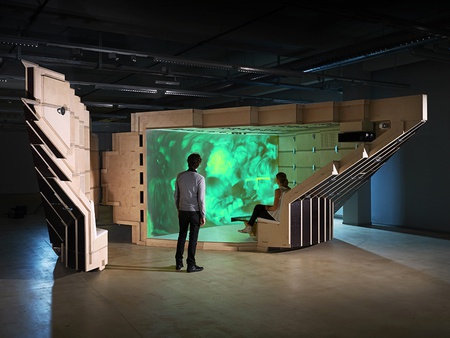 The Montreux Jazz Heritage Lab project includes these specific approaches. It aims to breathe life back into audiovisual archives of the Montreux Jazz Festival that are now part of the UNESCO World Heritage List. The MetaMedia Center at FPRL and the Fondation Claude Nobs, along with numerous other labs and sponsors will soon digitize these archives. What experience can we offer users? Again, the project has a double focus: to create a functional prototype and also to create new possibilities for digitized heritages. Because this is the challenge for society today. The INA’s digitized television and radio archives, for example, represent 1.4 million hours.

Means to access these archives exist, but they are hardly immersive with an Internet player and hardly interactive with a home cinema system. How can the relationship with the contents be reinforced? The Montreux Jazz Heritage Lab addresses this question. Attempting to recreate the original concert is the wrong track: the experience of a real concert begins with the atmosphere of the festival, along the lake Léman across from the Alps and continues throughout the concert among 3000 people in front of the artist in flesh and blood, with all the uncertainty that surrounds the upcoming performance. No technology can recreate this. The project therefore aims at creating a specific, digital, experience. First, the capture of the images modifies the relationship with the artist. The conception of a huge screen made with a double curve creates a feeling of immersion and depth without using stereoscopic reconstructions, tiring for the eyes. This architectural dimension is the result of a collaboration with another laboratory at EPFL, the Atelier de la conception de l’espace or, ALICE (lit. “Workshop for the Conception of Space”).

The particularity of the archives lies in the possibility of exchanging knowledge, memories, emotions. The light coming from the main screen also gives life to the users and to the physical space. We can see each other, we exist, we share. Finally, showing metadata and contextual elements reinforces the experience. The lateral partitions, made of a LED trellis covered with semi-reflecting mirrors augment the feeling of space and show additional content: information about the piece being performed, visual description of the context, curious stories about the festival’s history. The interface focuses on a timeline to give a global perception of the archive and interaction with the 44000 documents in the database. The linear graphical structure naturally, and abstractly, evokes a musical score.

And technologies? They are present, notably in acoustic, for example with the start-ups Audioborn and Illusonic born in EPFL, or with research carried out on signal processing and in acoustics, but they disappear behind a screen to be used for cultural experiences. Several technology partners also provide their expertise such as HGST, Relec, Lumens8, Lang, Ruckstuhl. The prototype will be open to the pubic from November 3, 2016 in the Montreux Jazz Café on the school’s campus. It is the result, not only from the efforts of design and construction, but also interactions with users: musicians, the public, but also the elderly. The project carried out with the elderly to reinforce social connections taught us how to better design an interface for a real experience, to reinforce the meaning that surfaces. The next few months will enable us to validate the impact with the general public, to respond to the huge challenge of promoting our digitalized patrimonies. Oh, I forgot: we haven’t yet decided on the seats for the public opening. Is there a designer to create them?